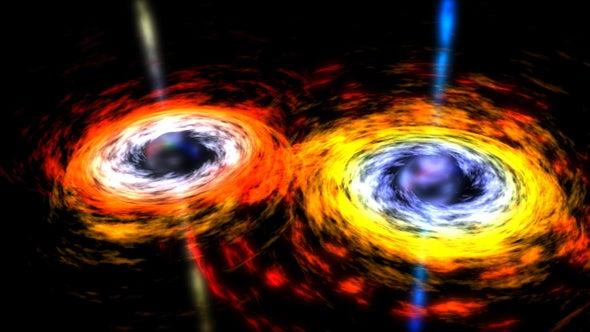 “Spikey”, an exciting new supermassive black hole binary candidate, was featured in Scientific American. Spikey was observed by the Kepler space telescope, and shows an unusual symmetric flare. This flare is well explained by relativistic self-lensing in a binary system, when the smaller supermassive BH passes behind the bigger one. If the flare repeats in the upcoming months, the binary nature of the candidate will be confirmed. The paper was led by graduate student Betty Hu, and co-authored by NANOGrav post-doctoral fellow Maria Charisi.

Read more at Scientific American or read the full paper on the ArXiv.