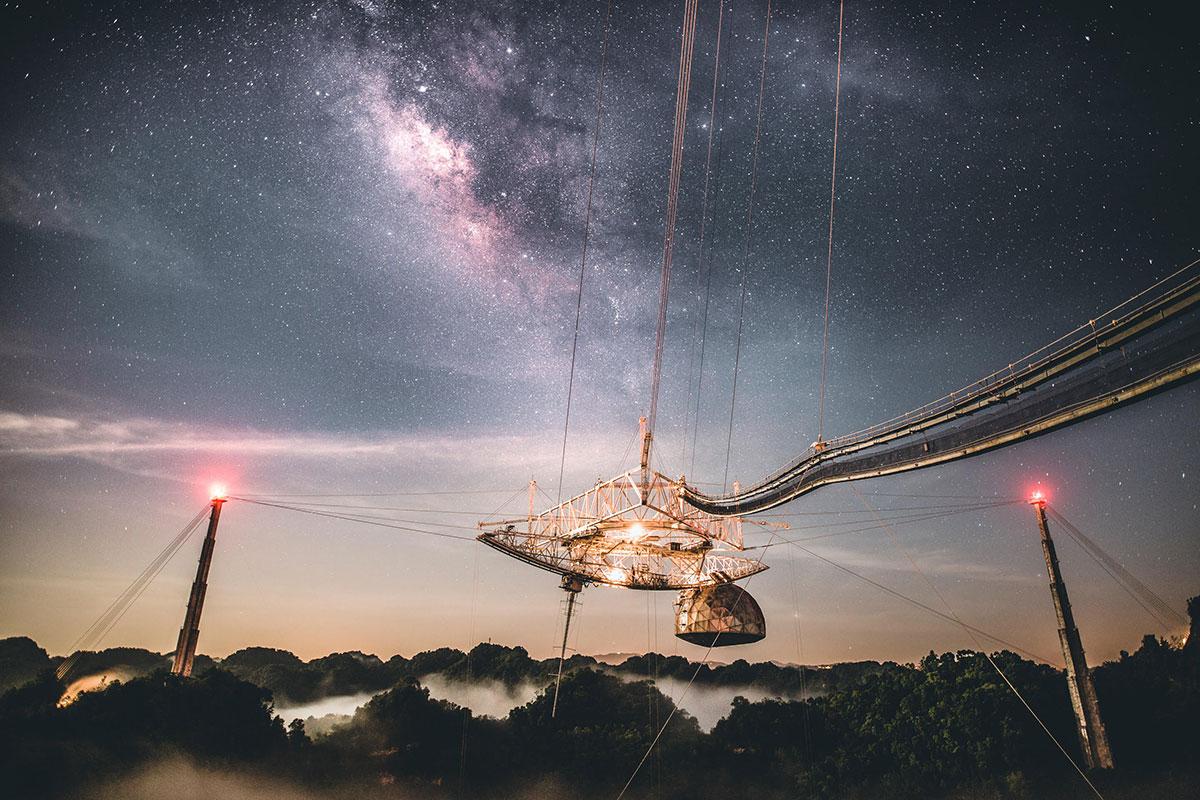 View of the night sky from Arecibo Observatory’s main dish in 2019. Photo: University of Central Florida

Many of our scientific careers began with the training we received and camaraderie we enjoyed at Arecibo, for which we will be forever grateful. We also stand in solidarity with our fellow citizens in Puerto Rico for whom Arecibo has been an inspiration and source of pride for so many years. We urge the National Science Foundation to identify uses for the site and staff, as soon as practicable, that benefit from Arecibo’s unique characteristics and promote its continued inspirational role in STEM fields.

The Arecibo Observatory has been a vital instrument for pulsar science over the past 60 years. In the 1970s, Arecibo uncovered the first double neutron star binary and provided the first evidence for the existence of gravitational waves, resulting in the 1993 Nobel Prize in Physics. Other Arecibo firsts include the first millisecond pulsar, the first confirmed planets outside of our solar system, and the first repeating fast radio burst source. NANOGrav has been working towards another “first’’ for the past 16 years - the direct detection of nanohertz gravitational waves from supermassive black hole binaries using high-precision timing of millisecond pulsars.

We are already seeing signatures consistent with gravitational waves in our current NANOGrav dataset. If these signatures are indeed gravitational waves, we should be able to detect them in our next dataset, with the Arecibo data already in hand. While our future sensitivity to gravitational waves will decrease without Arecibo, legacy Arecibo observations will anchor combined future datasets which will be integral to opening this new window on the universe at low frequency gravitational waves and to gleaning insights into how galaxies form and evolve. 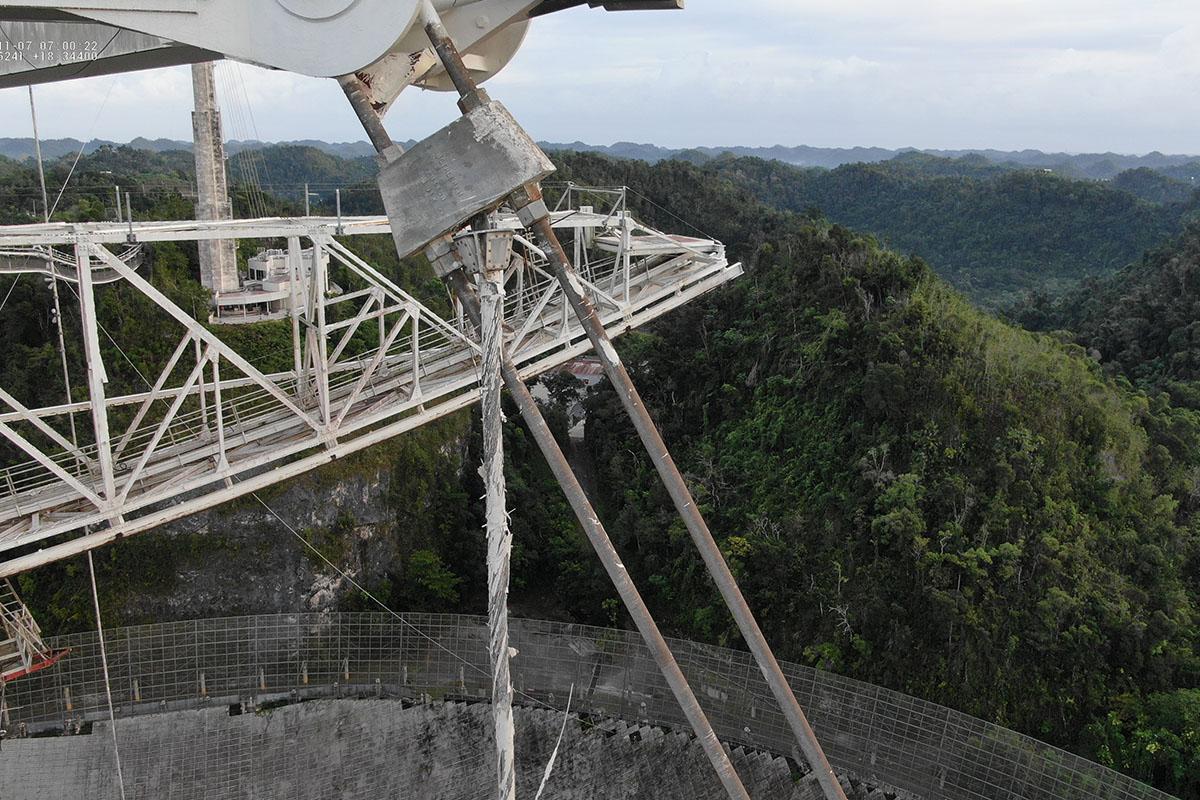 View of the main support cable at its attachment point to the central platform after the November 6th event. Image taken via survey drone. Photo Credit: Arecibo